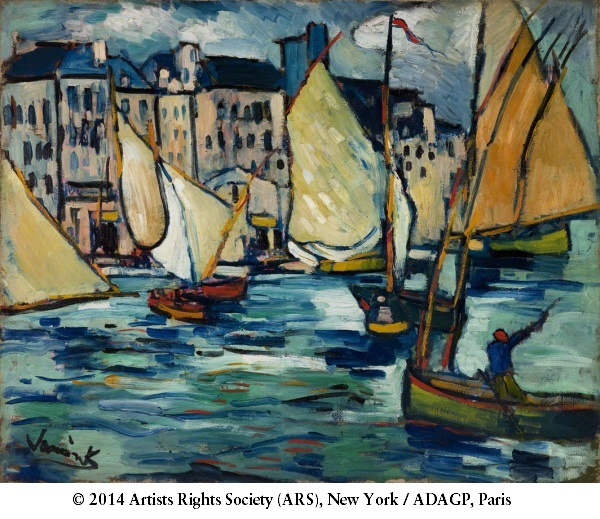 This scene represents the port of Le Havre, in the northwest of France. The artist is looking out from the dock, but it is not visible in the painting. The primary colors of red, yellow, and blue are noticeable, in the water as well as in the sails and the roofs of the houses.

By the early twentieth century, a series of World’s Fairs (Chicago in 1893, Paris in 1900, and St. Louis in 1904) had introduced many people to the contemporary art being produced in Europe. Galleries encouraged collectors’ interest in works considered "avant-garde."

Maurice de Vlaminck (1878-1958) was a painter in the fauvist and cubist movements. He was a violinist and professional cyclist, in addition to being a painter. Vlaminck was inspired by the painter Vincent Van Gogh (1853-1890), in using colors "straight from the paint tube" and whirlpool effects.