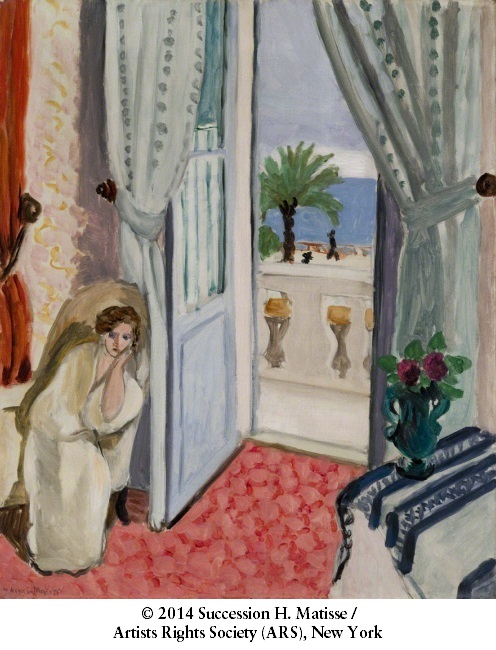 In this painting, the viewer is inside an apartment, in front of an open door leading to a small balcony overlooking the beach, the sea, and the sky. The curtains gently frame this view, and the composition is balanced by the young woman seated on the left and the vase of roses on the right.

After the First World War, many artists wanted to restore their physical and mental well-being by spending time in peaceful places. Matisse spent long periods of time in Nice, on the Mediterranean coast, where he made several painting of the ocean, the beach, and interiors like this one.

Henri Matisse (1869-1954) was considered the leader of the fauvists. His paintings were shown in the New York Armory Show in 1913, and represented the most modern art that had ever been seen. In 1925, Matisse was made a Chevalier of the Legion of Honor. His works include painting, sculpture, drawing, and cut-out watercolor, a form of collage.