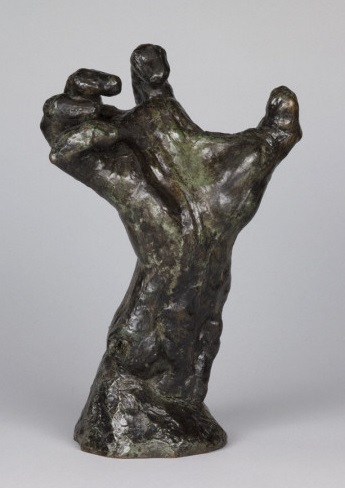 Rodin made several sculptural studies of separate body parts, which nevertheless communicated a strong emotion. This sculpture was possibly a study for the monumental work The Burghers of Calais, and this hand may belong to one of the condemned prisoners.

The Third Republic (1870-1914) was an era of peace in France. Prosperous cities commissioned works of art for public display, and anecdotes of local interest were favorite subjects. The Hundred Years’ War had great importance for the city of Calais, because of its strategic location on the English Channel.