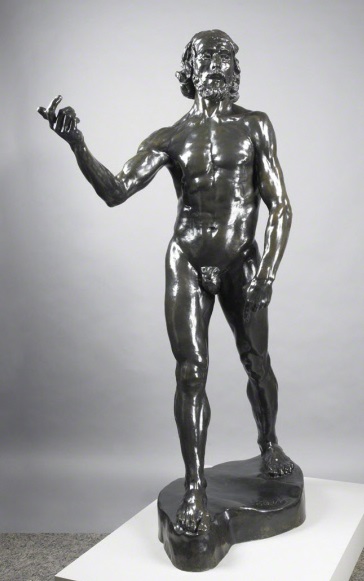 This sculpture is larger than life, to prove that the artist had sculpted it without making a mold from a living body. The saint is walking and speaking, and this natural movement is accentuated by his visible muscles. The artist’s decision to show the saint without clothing was shocking to the public of his time, but one may see in this a desire to show the universal nature of the human condition. Another version of this sculpture is in the Musée d’Orsay in Paris.

The Third Republic (1870-1914) was an era of peace in France. In 1878, Paris held a Universal Exposition (World’s Fair), to celebrate progress in technology, commerce, and the arts. The French government would commission Rodin to make several public monuments.