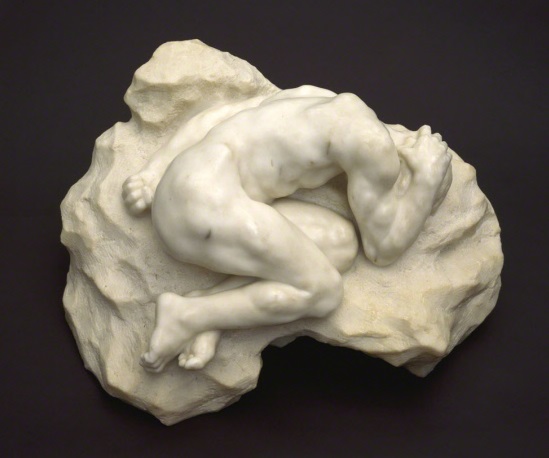 This marble sculpture is a larger version of a figure from The Gates of Hell, based on the poem by Dante. The face of this man is hidden, and the fingers of his right hand are buried in his hair. His left arm ends in a closed fist, and his toes are clenched.

The Third Republic (1870-1914) was an era of peace in France. Prosperous cities commissioned works of art for public display, and the French government commissioned The Gates of Hell in 1880, for a museum of decorative arts in the Louvre. Rodin spent the rest of his life working on this masterpiece, but it remained unfinished. Several figures from The Gates were nevertheless remade in larger format and presented as individual sculptures, like this one.